Morocco’s ambassador to Germany, Zohour Alaoui, and the German Federal Minister for Economic Cooperation and Development, Gerd Müller, have recently signed a partnership agreement in Berlin, the capital of Germany, to develop the production of green hydrogen in Morocco. Two first projects were announced in the declaration of intent. 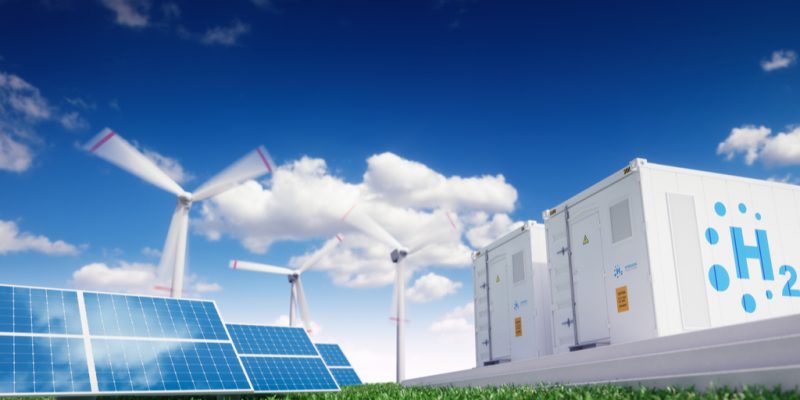 Morocco has just signed an important agreement with Germany. This agreement aims to develop the production of green hydrogen and to set up research and investment projects on the use of this ecological energy source. The partnership agreement was signed on June 10, 2020 in Berlin, the capital of Germany, between Morocco’s ambassador to Germany, Zohour Alaoui and the German Federal Minister for Economic Cooperation and Development, Gerd Müller. “The agreement represents the strong will of both countries to move forward in the development of renewable energies and their commitment to sustainable economic development while placing environmental protection as a priority,” said Zohour Alaoui, Morocco’s ambassador to Germany.

“This agreement will benefit from Morocco’s dynamic economic development, highlighting Morocco’s Green Plan, which has placed the Kingdom at the forefront in this domain at the African level,” underlines Gerd Müller, Germany’s Federal Minister for Economic Cooperation and Development.

Two first projects were announced in the declaration of intent. These are the “Power-to-X” project proposed by the Moroccan Solar Energy Agency (Masen) for the production of green hydrogen and the establishment of a research platform for this energy source. The second project concerns the transfer of knowledge and the strengthening of skills in partnership with the Research Institute on Solar Energy and New Energies (Iresen) in Morocco.

Morocco is the first country to sign such an agreement with Germany, just after the presentation of the “German National Hydrogen Strategy”, which aims to increase the production and use of hydrogen as part of a plan to reduce the country’s greenhouse gas emissions.

Germany’s federal government adopted the strategy on the 10th of June 2020, allocating 9 billion euros to make the country the leading supplier of modern hydrogen technologies. This funding includes €7 billion (more than 76.3 billion Moroccan dirhams) to promote and develop hydrogen technologies in Germany, and €2 billion to develop international partnerships. “Morocco has already been chosen as the first country to benefit from the international partnership component of the strategy. Together with this North African country, we are developing the first industrial green gas production plant on the African continent”, says Gerd Müller, German Federal Minister for Economic Cooperation and Development. “The conditions for the production of green hydrogen in Africa are ideal,” he adds.

The industrial hydrogen plant to be built in Morocco is expected to transform the country’s renewable energy sector and thus reduce carbon dioxide emissions by 100,000 tonnes.

The potential and opportunities of green hydrogen

In the fight against climate change, hydrogen produced from renewable energies, i.e. “green hydrogen”, is increasingly seen as a miracle solution for sectors with particularly high greenhouse gas emissions. According to German experts, this so-called “green” hydrogen could help to alleviate the problem of fluctuating solar and wind energy supplies and replace fossil fuels in high-temperature industrial processes in Germany and Morocco, such as steelmaking. It could also be used as a green alternative in homes for heating and cooking.

Also, “for very small and medium-sized enterprises (VSEs) in industry that need hydrogen in their production process, there is the possibility of producing hydrogen from renewable sources through electrolysis. All that is required is the installation of an electrolyser on site, powered by green electricity (solar and wind), and a storage unit,” explains French energy company Engie. This cost-effective solution is being developed by the French group with the “EFFIH2 offer”. It offers fully renewable hydrogen production using green electricity from wind farms, hydroelectric dams, biomass, photovoltaic farms and geothermal energy.

According to Engie, green hydrogen can also be used as a fuel. Vehicles running on green hydrogen do not need recharging. “The special feature of this natural gas is that it can be compressed and stored to be used on demand as green gas or to be converted back into electricity using a fuel cell. It is the fuel cell that allows the vehicle to operate. In this case, the car does not emit any particles or greenhouse gases during the journey. Another advantage of green hydrogen is that the driver can expect to drive about 600 km, compared with 150 km for electric vehicles,” says Engie.

Trusted by some of the biggest brands

We’re Waiting To Help You

Get in touch with us today and let’s start transforming your business from the ground up.